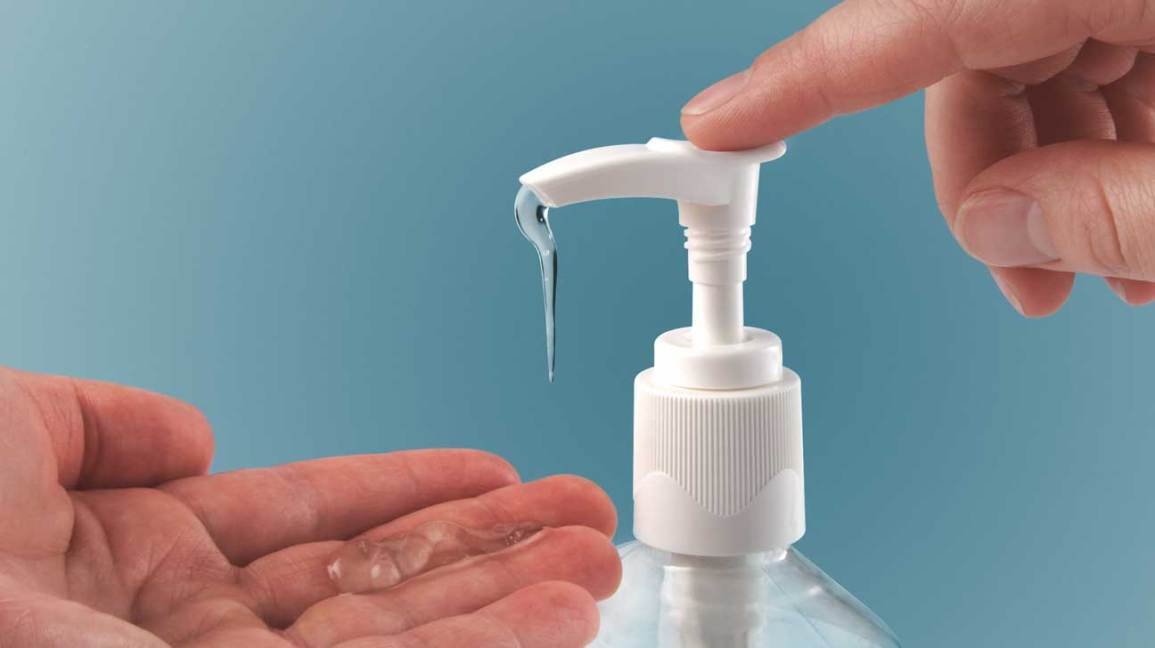 First, the dateline is Syracuse, NY.  It’s a story about kids playing with ALCOHOL-CRAMMED hand sanitizer, and causing a nearly deadly situation; using it to start a fire in their bedroom!
Some of the blame here comes from access to the internet, with kids seeing videos of oafs their age starting fires with ALCOHOL-SPEWING hand sanitizers.
They think it is a joke.  It’s NOT.
Another part of the blame is that ANY CHILD can purchase ALOCHOL-OVERLOADED hand sanitizer at virtually any store in America.  There SHOULD be laws that makes it IMPOSSIBLE to buy products like that to minors.
Regrettably, it will take more injuries or deaths to make policy maker seven think about constructing laws that are truly crucial to the public’s health and safety; even when it comes to children.
Don’t look for that anytime soon, as politicians are too busy fighting over political ideology, getting reelected and having their own pockets filled in some cases.
And yes, some of the blame stems from parenting; or lack thereof.
TELL your kids how dangerous ALCOHOL-LOADED hand sanitizers truly are.
Next, here’s another fire story from Spokane Valley, Washington about TOXIC ALCOHOL hand sanitizer being misused(from of all places) vandalized portable potties.  Click here and grimace again.  https://bit.ly/2wJ2xFV
That story should show you the lengths some kids and adults will go in order to cause vandalism, or perhaps to get a buzz.
Parents, make certain to do just ONE piece of business today, especially if you have any ALCOHOL-BASED hand sanitizing products in your residence.  Throw it away safely, lock it away or at very least, put it in a place that is totally unobtainable to young children and even teens.
The reasons are plentiful, including:
Starting FIRES with ALCOHOL-FILLED hand sanitizers and a lighter or match in your home or elsewhere
ALCOHOL-BASED hand sanitizer accidental POISONIN Gamong toddlers
ALCOHOL-LADEN hand sanitizers are used by kids, ‘tweens and teens in order to get DRUNK
Say this out loud to your kids today. “ALCOHOL hand sanitizers are FLAMMABLE and TOXIC!”
Moms, have the old man (or do it yourself if he’s mechanically- deficient) build an impenetrable locked box, storage bin, nuclear bunker or underground cave, secret staircase, safe deposit unit, hidden laboratory—anything to keep it away from them.
Poison control centers nationwide have seen increases in the number of hysterical calls from parents, because one or more of their small kids or teens got a hold of alcohol-based hand sanitizing products.
Next time you need a hand sanitizer, get one WITHOUT ALCOHOL; like the 100% ALCOHOL-FREE hand sanitizer—safeHands® brand.
The obvious way to sanitize your hands is to use soap and warm water. I advocate doing that first and foremost.  But know that if you extremely overdo hand-washing, like using an ALCOHOL-SOURCED hand sanitizer, you can make your hands dry and produce a potential breeding-ground for germs to get trapped in cracks in your skin.
That won’t happen with safeHands® brand soothing 100% ALCOHOL-FREE hand sanitizer.
The prevention of getting harmful germs seems uncomplicated. My hope is that you react to my blogs in a constructive way. After all; these are your kids!
The safeHands® brand 100% ALCOHOL-FREE patented formulation meets all Food and Drug Administration (FDA) recommended testing protocols, with the active ingredient Benzalkonium Chloride, kills 99.99% of germs – all WITHOUT ANY ALCOHOL!
Additionally, unlike ALCOHOL-INFESTED products, safeHands® brand moisturizes while it sanitizes; even on sensitive skin.
With the foaming safeHands® brand hand sanitizer, you get all the benefits of alcohol, without any side effects.  The science is here.  https://bit.ly/2Hek24m
Purchase bottles of safeHands® via AMAZON. https://amzn.to/2Gvzic0
Or, buy straight from the safeHands® brand website. https://bit.ly/2rPBbvy
Reach me at BigJaySorensen@gmail.com.
Smart health starts with safeHands®.
Spread the word, not the germs.
BE BIG! 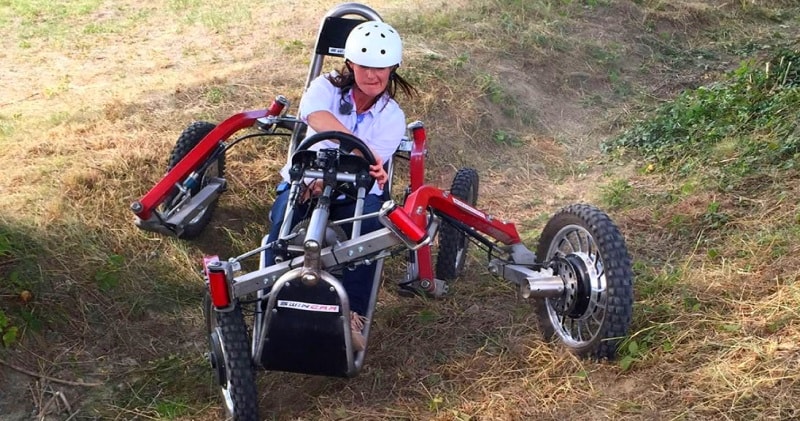 Swincar e-spider: The Most Robust ATV 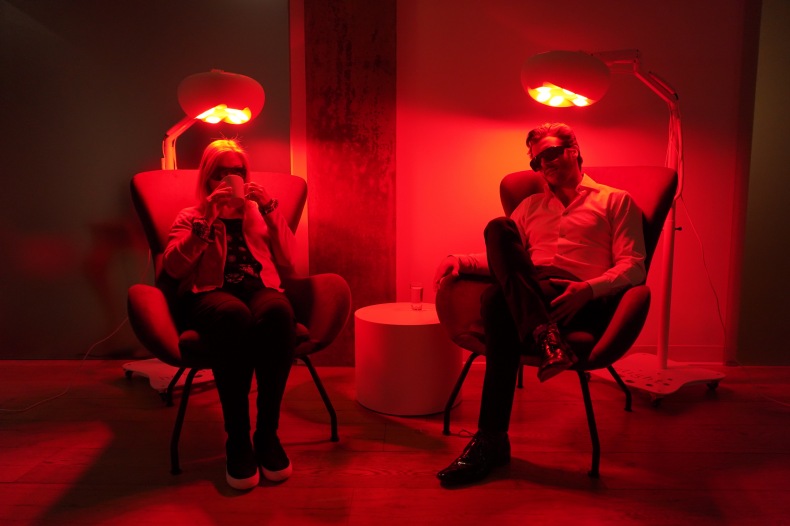 The first center in the world to be exclusively dedicated to photobiomodulation
Photobiomodulation has effects on: pain relief and inflammations, stress, seasonal depression, mood regulation and sleep quality, END_OF_DOCUMENT_TOKEN_TO_BE_REPLACED 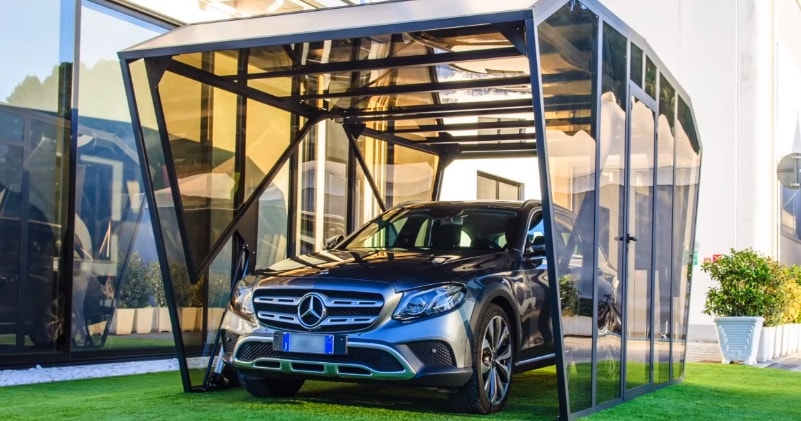 The cost of building a single parking stall in a Seattle residential garage is an estimated $20,000 and $50,000, according to The Stranger. That cost gets passed on to the renters, who can pay $500 more a month in low‐rise apartments, a 2012 Portland, Oregon study found.

The GazeBox likely won’t solve these problems, but it might offer an interesting alternative if your home doesn’t come equipped with a garage. The structure is meant to provide shelter for your car — keeping it safe from sun, rain, ice, snow, and birds — but also transform into a gazebo when the car is parked elsewhere.

The iron framework and polycarbonate panels are movable, to either close down around your car or open up on the sides and let you get some shade. Either side of the structure opens up sort of like a traditional garage, using the included remote. Users can also add on an alarm system or air conditioner.

he Italian company that makes the GazeBox claims it’s easy to anchor to the ground and doesn’t require any special permits if it’s sitting on your property… though it probably depends on where you live. We can’t imagine some hoity-toity homeowners’ associations being too willing to let people have cars sit on their lawns just because they’re encased in a giant plastic shell (although it does look kind of cool with its glowing lights).

The mid-sized option is just over 20 feet long. That might work for homes with driveways but no garage, especially in places with rough winters. One of the toughest things about leaving your car out in a cold climate is chipping away at an ice-covered windshield when you’re already late for work. Unfortunately, those of us with street parking will just have to keep exposing our rides to the elements.

We reached out to GazeBox for pricing information and will update the post with the company’s response.

If you have any question, please contact us at info@alma-groups.com

Subscribe to the weekly newsletter for all the latest updates